FOR STUDIES IN POLAND

INTENSIVE PROGRAMS IN JULY AND AUGUST

PLAN THIS SPRING WITH POLISH LANGUAGE 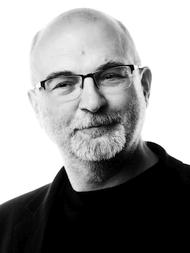 Dariusz Kosiński (born 1966), professor at the Institute of Polish Studies at the Jagiellonian University, Kraków, Poland. At the beginning of his career he researched the theory and history of 19th century acting, publishing two books on the subject and editing the series of source materials. Later he focused on the tradition he had called the Polish theatre of transformation, developed by the most important Polish artists from Adam Mickiewicz to Jerzy Grotowski. His main publications in the field are: Polski teatr przemiany (‘Polish Theatre of Transformation’, Wrocław 2007) and Grotowski. Przewodnik (‘Grotowski. A Guide’, Wrocław 2009). After publishing original version of Performing Poland (Teatra polskie. Historie, Warsaw 2010, English translation published in 2019) he developed and deepened the research on social and political performances in the book on the ceremonies and manifestations that took place after the catastrophe of the presidential plane in Smolensk in 2010 (Teatra polskie. Rok katastrofy – ‘Performing Poland. The Year of the Catastrophe’, Warsaw 2013). From 2010 till the end of 2013 he was the research director of the Grotowski Institute in Wrocław; member of the editorial board of Jerzy Grotowski collected texts, published in Polish in 2012. He initiated and co-created the website grotowski.net with the “Grotowski Encyclopedia” (for which he wrote a substantial number of entries) and an on-line magazine “Performer” (until now he is its chief editor). As a result on his research on Grotowski he published two monographs of his early performances (Grotowski. Profanacje – “Grotowski. Profanations’ Wrocław 2015; Farces-misteries, Wrocław 2018 – English version titled Forgotten Theatres of Grotowski is due to be published by Seagull in 2022). From 2014 till the end of 2018 he was the research director of the Raszewski Theatre Institute in Warsaw, developing both artistic and research programs (on Polish scenography, on the theatre avant-garde of the East-Central Europe). Lately he has also published a collection of essays on performance studies (Performatyka. W(y)prowadzenia – ‘Performatics. In(ex)troductions’, Kraków 2016) and on Stanisław Wyspiański (Uciec z Wesela – ‘Escape from the Wedding’, 2019). He is also active as a theatre critic of important Polish political and cultural weekly “Tygodnik Powszechny”.